*Warning: SR9009 (Stenabolic) has not been approved by FDA

It will be laced to the brim with dangerously high levels of caffeine (which you can get with a simple espresso shot), topped with BCAAs and a slew of mysterious ingredients like Gaurana, which do absolutely nothing to improve your performance.

At best, the beta-aniline and the creatine might give you a tiny boost. But that’s about it.

The rest will just stimulate, increase blood flow and give you a tingling sensation that makes you feel like it’s working, while it’s not.

And you’ll pay through your nose for such shit which you can get for less than half the price.

On the other hand, we have Stenabolic or SR9009, which has all the characteristics of the PERFECT pre-workout supplement.

Don’t believe us? Here are 5 reasons. Beat this.

SR9009 is a research chemical that was designed to study the circadian rhythm, which is the naturally-occurring biological clock that our bodies adapt to, based on the rising and setting of the sun.

It works by activating the Rev-Erb group of proteins in the body to alter this rhythm.

Although there’s a contradictory study that has been released recently, we will stick to the original study that cites this until there’s more conclusive evidence.

One of the innate benefits of activating these proteins is that it improves oxidative capacity in skeletal muscles.

Mice who were administered Stenabolic were able to run faster for longer without getting tired.

In humans, this translates into better endurance and performance in the gym or on the field.

In all the years that we’ve used AAS and supplements, we have never come across any supplement that can increase endurance the way SR9009 does.

Many athletes are turning towards SR9009 because of its ability to consistently increase energy without the obvious spike and crash that occurs with stimulants.

Think of it like a constant energy supply that keeps you charged during your workouts.

It does have a very short half-life though, of about 4-hours or so. So, if you work out multiple times, you may want to divide the doses.

SR9009 increases the rate at which your body burns fat by shutting off the gene that produces glucose in the liver. This forces the body to use stored body fat for energy without affecting insulin resistance.

When sedentary mice were administered SR9009 without altering their dietary intake, they lost weight primarily due to a reduction in body fat.

When it was administered to diet-induced mice, the fat loss was as high as 60% as compared to the controlled group.

This means that you will burn more fat even if you do not exercise and diet. But if you club it with a good diet and workout program, you will torch body fat, particularly around the waist.

This makes SR9009 one of the best fat burners that does not cause the jitters or stimulatory effects associated with normal fat burners.

If your body clings on to the last bit of fat around the belly, SR9009 might be the ticket to those abdominal muscles that you yearn for.

SR9009 is being researched as one of the potential treatments for Diabetes and Hyperlipidemia in the years to come.

That’s because it reduces the levels of total cholesterol, LDL (bad cholesterol) and triglycerides in the blood.

Further, it also reduces insulin resistance which is considered to be one of the markers for the onset of Type-II diabetes.

Think about the potential applications of adding it to your supplement stack if you are struggling to lose weight, or are considered at risk for diabetes.

This also makes SR9009 one of the best compounds to add to your PCT stack. Should help you get your markers to baseline, particularly the lipids.

Many bodybuilders have also started to add it to their cycles as it helps prevent the lipids from flying off the handle, particularly when they are using orals.

Stenabolic reduces the levels of Tumor Necrosis Factor or TNF which has been associated with a variety of inflammatory conditions, the most notable of which is Chronic Inflammatory disease.

This condition which affects many types of cells in the body can be a precursor to vascular problems and even cancer.

By reducing TNF, Stenabolic helps reduce inflammation and may prevent some of the conditions mentioned here.

TNF is also known to promote sleep, which is beneficial in normal circumstances. But if you are jet lagged or are trying to stay awake, it will put you to sleep in no time.

SR9009 is hence, also considered to be a great alternative to stimulants when you are trying to stay awake.

When Rich Piana passed away, the bodybuilding community mourned the loss. But it was the autopsy report that was a shocker. Rich’s heart was twice the size of a normal healthy heart.

Most bodybuilders who use extremely high doses of steroids have enlarged organs.

Stenabolic was injected in mice with surgically enlarged hearts and it was found that the size and the weight of the heart was reduced in 28-days with zero effect on the blood pressure.

If you are on any type of anabolic steroid, you might want to add SR9009 to your stacks. The benefits are too obvious to ignore.

Despite all the positive outcomes, no adverse effects were noticed in mice when they used Stenabolic.

It was administered for up to 7-weeks with no hepatotoxicity either.

In humans, there have been anecdotal reports of some users experiencing Insomnia. But that’s about it.

Even the energy and endurance boost are more than enough reasons to take Stenabolic pre-workout.

The additional benefits make it the perfect compound to add to a steroid stack. 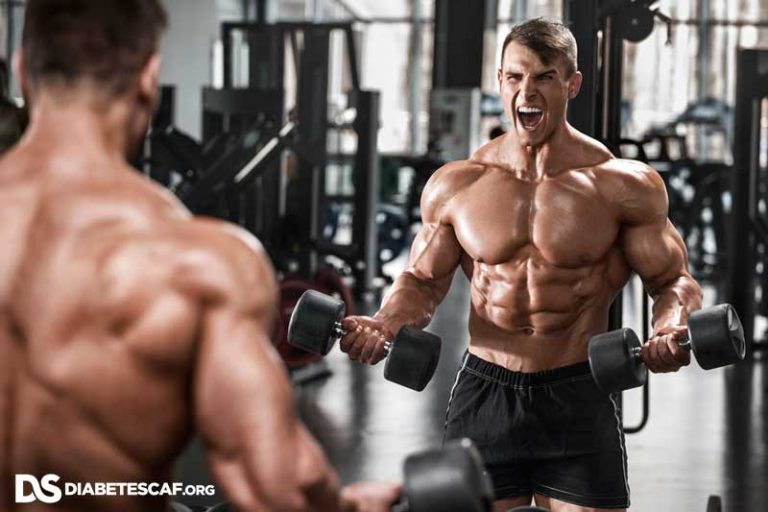